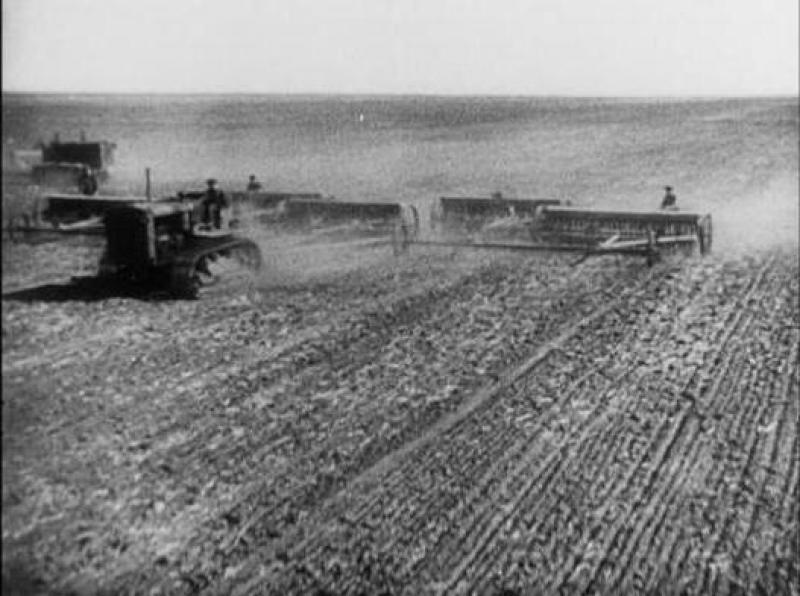 The development of virgin lands, which was carried out from 1954 to 1965, became one of the greatest events in the history of agricultural development in Kazakhstan. On the one hand, any country in the world could have envied such a major agricultural project, when specialists, technology and advanced equipment all at once gathered in one place in great numbers, but on the other hand, the haste and unpreparedness with which this campaign was conducted caused great damage to the national ecosystem, which could hardly have been imagined.

World of NAN decided to find out how the development of virgin and fallow lands affected Kazakhstan from environmental point of view, to what extent the goals justified aggressive farming methods, and what lessons can be learned from the famous virgin land epic in general.

It is known that in early 1954, the USSR leadership decided to begin a major campaign to develop virgin lands in Kazakhstan, Siberia, the Volga region, the Urals, as well as in some other regions of the country. This was dictated by the need to solve the "grain" issue and feed the population of the vast country.

First Secretary of the CPSU Nikita Khrushchev did not listen to the opinions of experts who warned against hasty decisions, although they were not unreasonable. At the turn of the XIX-XX centuries in our country had already begun to develop virgin and fallow lands, but experts immediately commented that the forced imposition of such unconventional activities as farming and grain production could subsequently turn these lands into deserts. However, half a century later, the Kremlin still decided that the Kazakh steppes could provide the USSR with much-needed bread.

Achieve the result at any cost

The political will of the CPSU Central Committee members was unshakable, so they began to "lift" the virgin lands, and did it in a hurry, neglecting the balanced and rational approaches. Take, for example, the methods of work in the Kazakh steppes. At that time mainly mouldboard plows were used, and it was fraught with consequences - wind erosion appeared on land tilled in that way. To put it simply, the fertile layer of soil was literally blown away by the slightest whiff of wind. The fears were justified. Yes, in the first years the country received the long-awaited virgin bread, but because of the applied methods of work already in a few years the volume of harvested grain decreased sharply.

According to the recollections of witnesses, in bad harvest years the republic could not collect even the sowing fund. As a result of disturbance of the ecological balance, as well as wind and chemical erosion of soils, dust storms became a real disaster. Only in 1956-1958 the wind blew away more than 10 million hectares of fertile soil from the virgin fields, and it was the size of the territory of Hungary or Portugal. There was a crisis. According to scientists, the efficiency of cultivation of the fields fell by 65%.

By the mid-sixties the euphoria of the virgin lands epic was finally lost. The ineffectiveness of the methods used was becoming obvious. By 1960, only in Northern Kazakhstan more than 9 million hectares of fields were covered by wind erosion, and this was almost the entire agricultural area of such a country as France. Many even began to talk about the impending crisis in Soviet agriculture. And here we are talking primarily about the production of grain, because in these years the Soviet Union for the first time in recent years was forced to buy about 12 million tons of grain abroad.

Struggle against the consequences

Serious changes were required to correct the situation. It was necessary to urgently solve the problem of wind erosion of soils, and otherwise the steppes of Kazakhstan could become absolutely unfit for any agriculture in a few years.

The Law "On soil protection" was urgently adopted. Farmers were obliged to work in the field so that stubble and straw remained afterwards. They applied strip planting, etc. And this began to bear fruit. Later we began to use modern at that time soil-protecting equipment. All this in aggregate gradually helped to solve painful problem, save Kazakh lands from really disastrous consequences.

What does the virgin campaign teach us today?

After 67 years, we can say that the virgin lands gave some positive effect on the development of agriculture, but it turned out to be short-term. Moreover, at the same time the natural resources of our country sustained serious damage, which threatened to result in a local environmental catastrophe.

Yes, the acuteness of the grain problem was temporarily alleviated, but at what cost? After the resignation of Khrushchev in 1965 and one more change in the economic course of the state, the program of the development of virgin lands became a thing of the past.

However, the lessons of the virgin lands epic can be useful to people today.

Thus, it is clear that in order to increase agricultural yields, it is absolutely unacceptable to harm nature, to act brazenly. Given the many environmental and climatic problems of today, we can confidently say that the future of agriculture is inevitably associated with the use of gentle methods of work, quality organic fertilizers and innovative technologies, which together will allow farmers to "adjust" to the environment, and not vice versa.