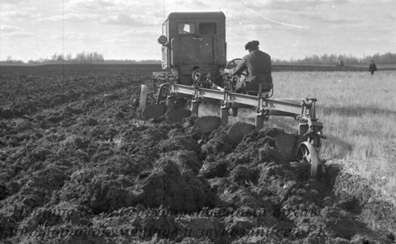 It has passed more than 60 years since the leadership of the Soviet Union decided to explore the wild Kazakh steppes. Thus, the country's leadership intended to provide the country not only with grain but also give a hefty boost to the growth of agriculture. What was said was done. In all conscience, Nikita Khrushchev, the First Secretary of the Communist Party of the Soviet Union (CPSU) didn't accept the opinions of the experts who warned against the making rapid decisions. But these concerns were correct. At the turn of the century, they began to develop the virgin and disused lands in Kazakhstan. Back then it was alerted that the forced intrusion of such non-traditional activities as the land husbandry and grain production could later turn these lands into deserts. It was said about harsh winters, lack of water and poor lands... In words there were enough objective reasons. And finally they were heard. But after half a century, the Kremlin decided that the Kazakh steppes are able to give enough grain to such vast country.

Right off the boat…

Decision is made. And the party spread the word: «Everybody goes to the virgin lands!». In the early spring of 1954, the trains with the yesterday's Komsomol students came together to Kazakhstan from all over the Soviet Union. And yet, despite of the enthusiasm of people, there were not any preliminary preparation and necessary infrastructure for the land reclamation. There were nothing: the roads, the grain depots and the houses. The first timers, having arrived to Kazakhstan found themselves in the bleak steppe. They had to solve the basic issues with the organization of the housing and everyday life already on the spot. So began the virgin saga. According to the historians, about 2 million people came to Kazakhstan during these years. Those who were among the first to meet the party’s call showed tremendous courage and colossal willpower no matter how pompous it may sound today. Sometimes they had to work all throughout the day. They slept in tents and ate right in the open air field. The labor enthusiasm of the hundreds and thousands of people and a more thoughtful state policy have yielded fruit.

Our goal is millions poods of grain…

In the first five-year period of the land development the agricultural production indicators has sharply increased. In 1954, the USSR harvested 85.5 million poods of grain including 27.1 million poods at the virgin lands and in 1960 already 125 million poods including the virgin lands has produced almost 59 million poods. The development of the virgin lands not only required the enormous human resources, it also went through the incredible finances. During the first five-year period it was invested twenty percent of all the funds allocated to the agriculture of the USSR that is equals almost to 20 billion rubles. For six years it has been developed about 20 million hectares of the previously uncultivated lands in the republic. Sure enough, speaking about the success of the virgin lands, it should not go unspoken the development of the concomitant new infrastructure. It has been built up the dozens of the villages and towns. About 750 schools were built and more than 19 million square meters of housing. It is notable that the new square meters were built specifically in the villages. The level of the technical facilities of the agriculture in Kazakhstan has been increased. There were five times more tractors worked in the fields than in the early 50s, and the combine machines and trucks 6 times more.

It seemed there was the right decision. The country has got the reliable grain source. The necessary stability for the success has never achieved no matter what technical and human forces were provided and no matter how much cash flows had been invested into the lands. As remembered by the eyewitnesses, even the seed fund could not be collected in the fail years in the republic. The dust storms have occurred as a real disaster resulting from the disruption of the ecological balance including the wind and chemical soil erosion. Only in 1956-1958 years more than 10 million hectares of the productive soil were blown away from the virgin fields by wind that equals to the territory of Hungary or Portugal. The crisis came on. It came apathy and disappointment instead of the enthusiasm. According to the scientists the efficiency of the fields' cultivation has fallen by 65%.

The ill-considered policy negatively affected not only nature. The centuries-old unique nomadic economy was broken. The pastures suitable for the animal husbandry have irretrievably disappeared. After more than six decades it is safe to say that the virgin lands did have the positive effect in the growth of the agriculture but it turned out the short-term. For a while it was possible to take off the depth of the grain problem, but for what price? The Virgin Soil has delayed the transfer of the domestic agriculture to the intensive development path. This was not what the Soviet leadership hoped for when it spread the word: «Everybody goes to the virgin land!» After Khrushchev being resigned in 1965 and the next change of the state's economic course, the program for the development of the Virgin Land receded into the historical distance.